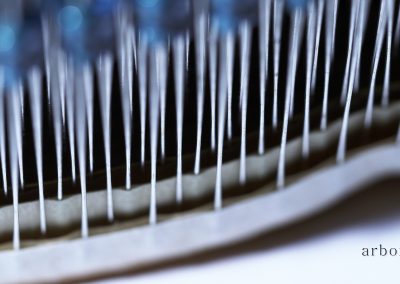 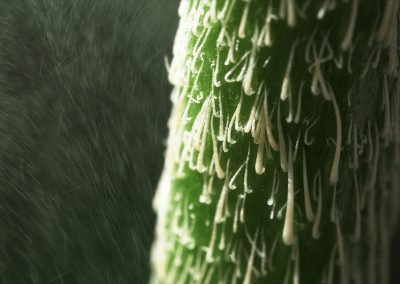 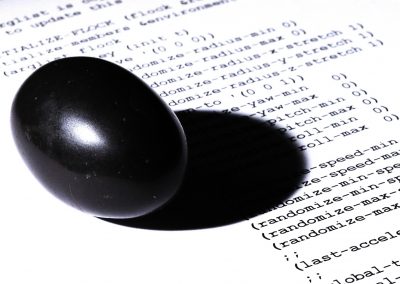 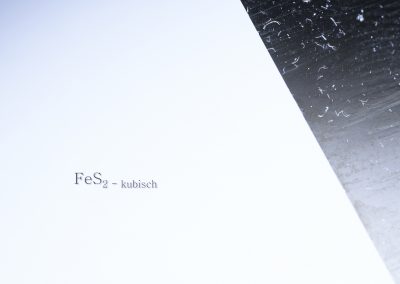 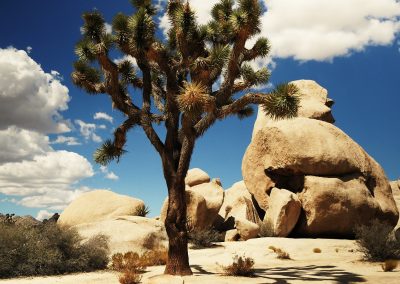 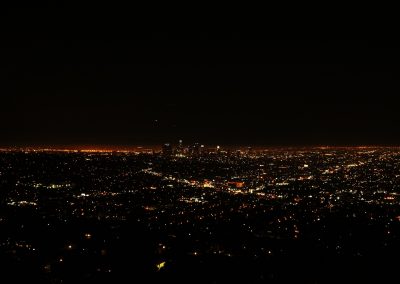 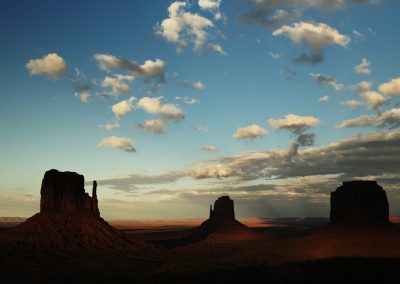 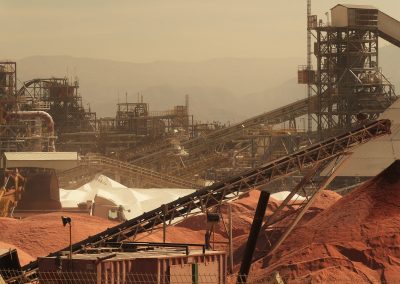 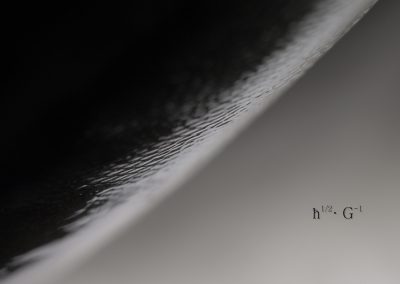 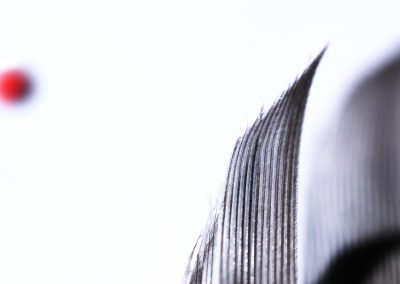 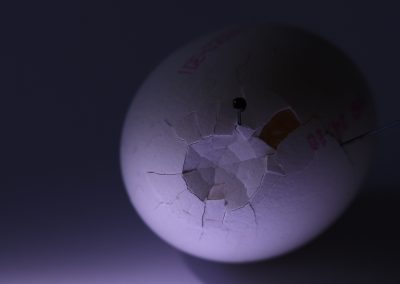 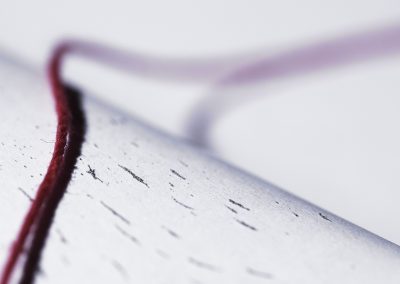 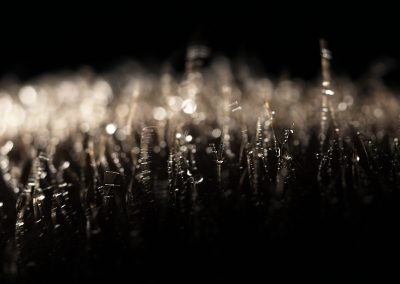 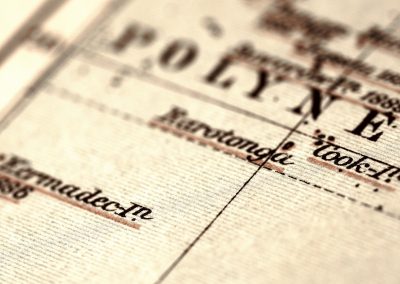 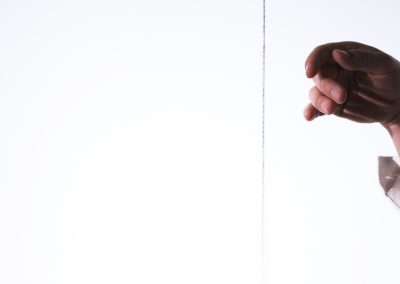 „Structures of Nature“ is an audiovisual journey through the inner worlds of experiences in the form of a six-part interaction between four narrators, twelve violoncellos, emergent sound events and rhythmicized synaesthetic video sequences. A symbiosis of visual processes as well as natural and artificial sounds created from human speech and string instruments.   Images, music, speech and sounds are commensurate compositional elements that lead the viewer through various microscopic and macroscopic structures of nature in a literal and transcendent sense, making them sensuous to the eye and ear.   „Structures of Nature“ shows different facets of the cosmos like chemical creations, sociological and physical principles of form, and also mathematical formulas as symbols for uncompromising order or one´s radical suicide for the benefit of the community. The work includes creation and destruction, as well as insect and natural sounds generated from human speech, symbolizing the expression of a swarm-like emergence, the inner conflict beyond time and space in the form of a letter written in futility or even the direct poetry of physical perception.

The basic concept for „Structures of Nature“ was developed very early. In my sensory world, sounds are firmly linked to certain colors and forms, a phenomenon called synaesthesia. I have experienced my environment that way since my birth. Over the years, therefore, the idea arose to visualize this variation of perception and make it tangible for everyone to experience. Even as an adult, I still find myself astonished at the secrets of nature. The filigree cosmos of the microscopic, the nested laws of nature; here, the formation of swarms, the principle of emergence, is certainly one of the most fascinating phenomena we know. Especially, since we ourselves live the behavior of swarms, every day, regarding our dealings with one another, our communication, the formation of communities, as well as our division of tasks within society. The world is changing with increasing speed. Digitalization networks us, joins us, changes our communication, and sometimes lets us forget that we and our achievements continue to be an expression of the rules and principles of nature. In order to visualize precisely these laws, „Structures of Nature“ was created. A synaesthetic journey through inner and outer worlds of experience. Thus, I have endeavored to complement the speech and music to be heard, and all the sounds, by commensurate film sequences which correspond to my own visual synaesthetic perception. Each cinematic composition simulates the basic geometry and the color and form of what is heard but also completes the subject of what is described. A visual exposition. Overall, I hope to touch one’s inner self with „Structures of Nature“; to create intricate emotions. I want the viewer to reflect on his or her personal, but also our general existence; and, last but not least, to direct the viewer´s eye and ear to the wonders of our nature which have perhaps already been forgotten. 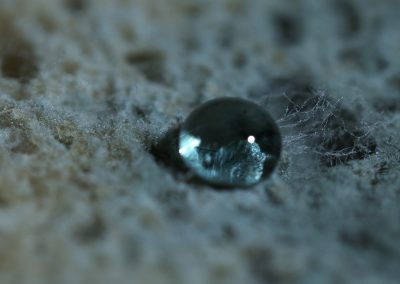 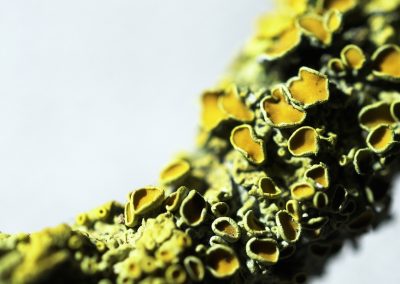 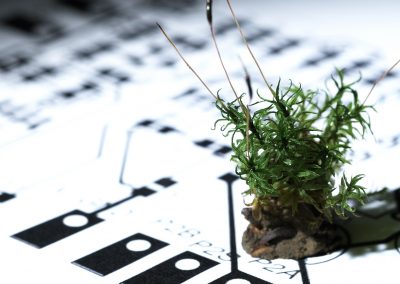 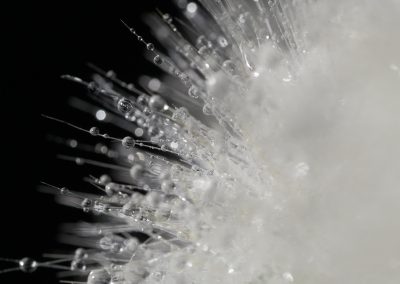 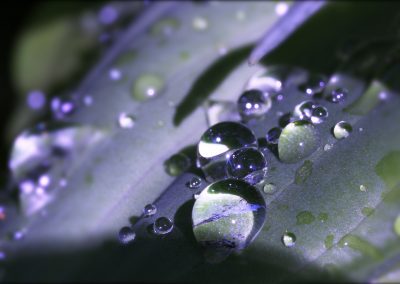 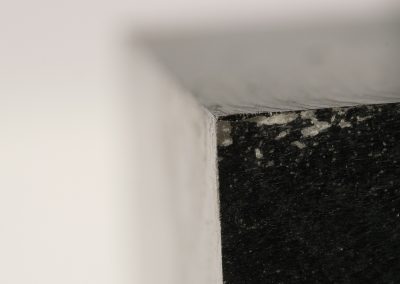 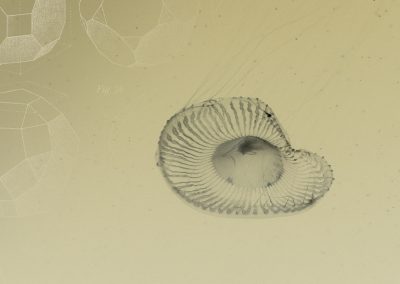 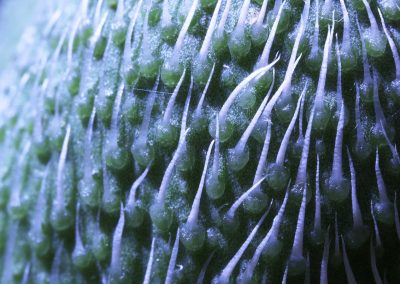 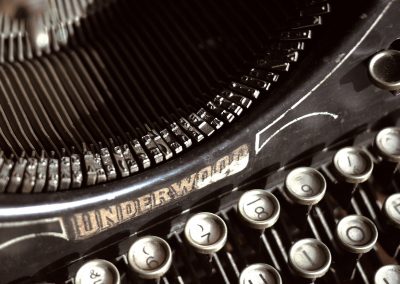 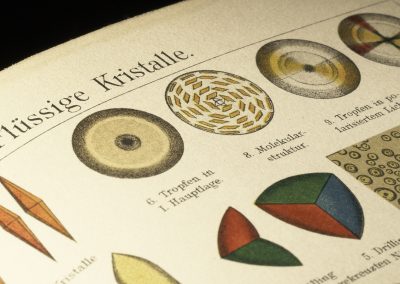 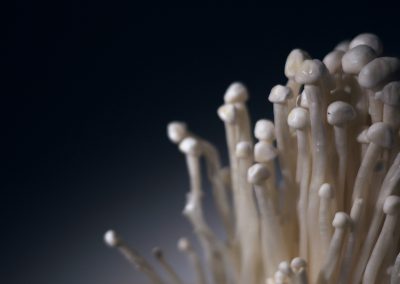 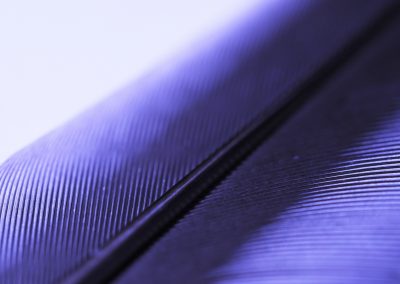 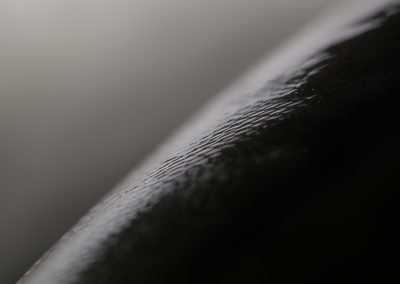 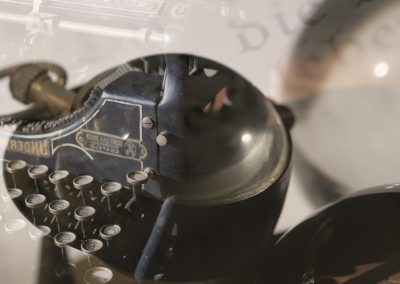 „The visual delight emerging from the highly accomplished cinematography displayed in “Structures of Nature” will surely mesmerise anyone embarking in this bold expedition of the sensorial. Its artistry in image composition will never cease to engage and more importantly surprise and hypnotise with the boldness and sharpness with which it choses to portray the abstract, the sensitive and the cerebral…

…You know something is spot on when you don’t even notice it. This is indeed the case of the audio side for Structures of Nature. The tunes are so well chosen, blended and ﬁtted in that it makes it impossible to speak of the visual and the sound as two separate entities, they live symbiotically and co-exist in a perfectly harmonised relationship. The accuracy with which the acoustic is treated in this short guarantees a full enhancement of the visual and vice versa…

…By this point, the distinctive and wondrous vision of director Martin Gerigk is evident. There is a musicality and rhythm in the way he makes us savours the visual and there is colour and depth in its understanding of the sound.  His appetite for comprehension and discovery prove his instincts unstoppable. What is however more wonderful is that he manages to translate his intuition into beautiful and daring cinematography…“

BELIFF – Be Epic! London International Film Festival June 2017     Full review and German translation | Deutsche Übersetzung: click here
Structures of Nature is not just a film, it is a brilliant narration of phenomena: natural, scientific, social, political, and so on. What keeps the audience glued on the screen aren’t some discrete oration of some of these phenomena themselves, but a series of cohesion and adhesion, that creates a symphony between these phenomena, which seem unrelated otherwise. And in fact these inter-related aspects between the discrete mathematical equations, chemical formulas, societal structures, political discourses, which apparently seem boring, grabbed the attention when a simile is established with spirituality or everyday norms.

Kudos to the director for coming up with such a brilliant project.

Coming to the technical aspects: the film is astoundingly shot, capturing brilliant macro shots and extreme close ups. The long shots too are pretty decent. None of the elements visible added any unwanted baggage to the narrative. The post processing has been interestingly done, using split screens, colour pop, bright colour palate, which totally boosting up the visual narrative. The oration was beautifully done with a crisp pace. In the end, this movie leaves us with loads of possibilities to think, ponder, look for answers.

„An experimental study of all the sensory wonders brought on by rainfall. The kind of short film which could’ve lasted for hours before I noticed any time had passed at all.“

„The night began with a short film called Rain directed by Martin Gerigk that I absolutely loved. It’s a little hard to describe, as it’s a series of sound effects and close-ups on various objects, most of them wet in some way, that amount to a sort of symphonic caricature of rain. […] this experimental short is well worth seeing, and so perfectly constructed that I could’ve watched it for three hours and never gotten bored.“

„Something is pattering on soft ground. Steps sound as if someone were lying on damp foliage. A vibrating, unreal and distant, points to a swarm of small insects. The eye means seeing the images of a forest walk after a summer rain. But there is neither the forest nor the walker. Everything just deception. But no optical, but an acoustic. … Structures of Nature is a collage of sounds, acoustic mimicry, scientific and poetic texts that complement, superimpose, interweave and leave deep impressions. … in Structures of Nature, Gerigk explores the patterns of nature, imitates micro- and macrocosms with natural and artificial sounds, mixes speech and mathematical forms, animal sounds and poetic texts, and lets the history of creation meet with chemical systems of order. With this sound walk, the listener discovers adventurous new worlds within the assumed familiar.

… This is virtuosic, intelligent, intellectual, but also enormously sensual.“